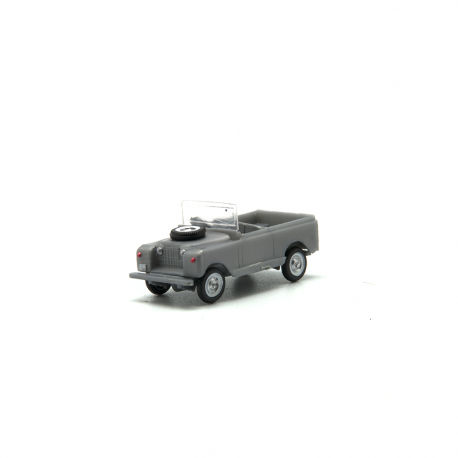 Land Rover short, the history of this car in Spain and features

Also known as the Land Rover Santana, this is a car that was manufactured in Spain by the Metalúrgica de Santa Ana located in the Andalusian province of Jaén, which was founded in 1955.

History of the Land Rover Short

The metallurgist was created for the manufacture of agricultural machinery, however, and to take advantage of the company's facilities and moved to make production more diverse, they established contact with the British company "The Rover Co. Ltd'. And through its representative in Spain.
The intention was to produce the short Land Rover in Spain, which by then was widely known for its licensed manufacture, in Belgium and Germany.
Initially the British company insisted that the Land Rover model to be manufactured in the Jaén factory was the one corresponding to the I series; this brought some arguments and disagreements because in Santa Ana they were more interested in making the II series model, which was new and much more modern.
Finally, the scales were tipped in favor of the Spanish manufacturer and the firm Land Rover agreed that the 8-inch model with 4-cylinder gasoline and diesel engines should be manufactured with 75% of parts nationalized.
Four years after the foundation of Metalúrgica Santa Ana, the first cars went on sale, which thanks to their design attracted the attention of law enforcement bodies to whom a large part of the units were sold, became so popular and practical for these official bodies that later on a more suitable version was designed, with space for two extra drums, warlights and canvas roof.
Already by 1960 the registration of the manufactured short Land Rover reached 296 units, apart from those that were purchased for official use, the production was on the rise, so much so that soon after they had a center exclusively for the distribution of cars and installation of accessories and special equipment that customers made to order, also located in Jaén.
They also had a very well organized structure that included a unit dedicated to prototypes and studies; one year later and due to the obstacles of the British firm to enter some markets, Santana began with exports of the Land Rover Short Series II.
The Spanish factory reached markets such as Morocco, Costa Rica, Iran and Colombia, the latter one was where the model became known and became one of the most important destinations; vehicles were shipped finished or assembled at the destination.

Santana did not take long to come up with his own model thanks to the area of studies and prototypes, since in 1967 the 1300 was born, a larger version in its internal space, but always keeping some similarities with the British equivalent, with diesel and petrol engines.
This version gave to take out others like van, pick up, double cabin and others.
During that year the enrollment of the Land Rover Santana was around 3.000 units, excluding the official vehicles and the fact that the demand for Land Rover short and other versions was so great, that the Spanish factory did not have enough installed capacity to meet most of the time to meet it, for this reason the production of the first 10 years was allocated to the factory and that is where those interested in buying came with the intention of buying one, if they were lucky.
Two years later it happened what was already coming, Santana began with the manufacture of some models only for military use, the Land Rover Santana military, with canvas roof, simpler bodywork and in general a fairly simple car and from which emerged other versions a little more gifted.
This was also possible thanks to another type of technology that allowed it to submerge itself in rivers without the electrical system suffering and with air inlet and outlet routes and vehicle fumes or the version that allowed it to transport a 106 cannon that was located right in the center of the hood.
Thus Santana evolved in the versions, meeting the demands of customers and providing the new Land Rover shorts with new techniques and equipment.