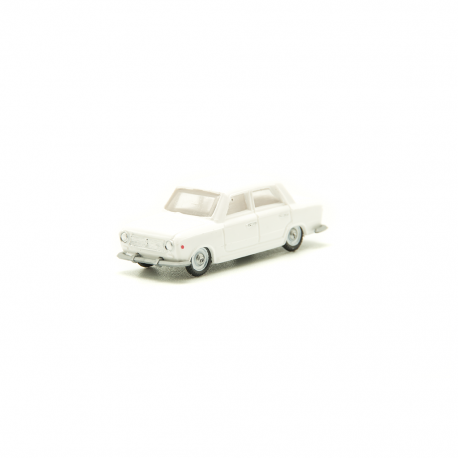 Seat 124 the history of this car in Spain and features

One of the best known Spanish car companies is SEAT, a brand whose acronym stands for the Spanish Society of Tourist Automobiles and which was founded in 1959.
Since that year it has had great success in the sale of cars, serving as manufacturer of a large number of models. Of course, there are certain models that are more remembered than others, such as the SEAT 124, a car that became a true classic and that today is remembered with great affection, since its launch in its time was a real success.

About the birth of SEAT 124

In the sixties the population of Spain needed to have answers to the demand for models from automobile companies, existing companies did not have much potential in this regard, so a consumption gap was created.
The SEAT 124 was a very famous car that made up for the needs of the time.
This car was born with the idea of creating a vehicle with excellent performance. It was created when Fiat's management commissioned the engineer who was carrying out the engine projects at the time, Dante Giacosa, but it was made conditional on the creation of a model with features that could be improved over time, in other words, it had to create a car that would allow the engineers to develop it in terms of power and displacement.
Thus, the project manager asks the chief engineer to focus on the creation of this engine, which was indeed the seed for the birth of the SEAT 124, a car with an engine that revolutionized the history of automobiles.
This car was born to give life to a new type of vehicle, with a more appropriate style for its time, whose physical characteristics were dominated by straighter angles and the incorporation of edges, which was the fashion at that time.
This was a big change, as SEAT had not yet left the round-shaped models of previous years.

A car with good features and performance

This was a four-door vehicle, which was equipped with a four-cylinder engine in the front line, with a displacement of 1197 cm3.
With the SEAT 124, a speed of 124 kilometres per hour could be achieved and at an aesthetic level, this model represented a change with respect to the previous models created by SEAT, in view of the requirements of the time.
Despite the modernity of the SEAT 124, it still retains rear-wheel drive, unlike other vehicle manufacturers' models that had front-wheel drive. One of the most successful features of the first SEAT 124 model was the round headlamp and the 60 hp engine.
In spite of everything and with the passage of time, improved models appeared, which served to turn this car into one of the best known in Spain.

The white SEAT 124 was one of the favorites.

The SEAT 124 became a very popular car at that time, millions of people had the possibility to buy this vehicle, most preferred the white model, as it was one of the most striking. Similarly, this car had some professional uses, as it was used by taxi drivers, as well as by the police, as a hearse or even as a firefighter transport.
This was one of the reasons for the preference for white, as it allowed for striking identification for the purposes for which the vehicle was used.
This car played a great role in the Spanish population and it can be said that it played a leading role, the police used it to carry out their functions and the race riders updated their engine to use it as a sports car.
The truth is that the popularity of this car became so great, that it is a very remembered model and today is seen as an important icon in the history of vehicles in this country.