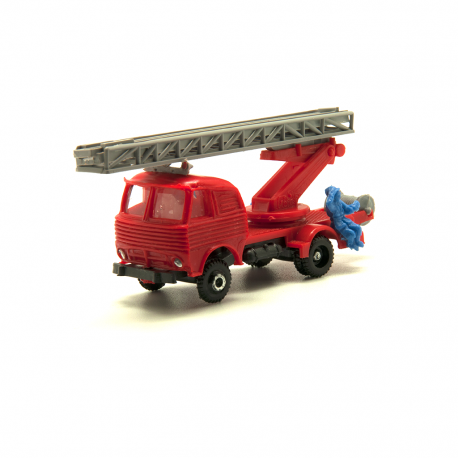 Pegaso Barajas, the history of this truck in Spain and its characteristics

If you are a great lover of cars and want to know the history of one of the most named in the fifties, then you should continue reading the following information about Pegaso Barajas.

Classic cars have been studied by many people who prefer to know the different models of the time, their histories and origins. Learn a little more about the Pegaso Barajas, a private truck created in Spain with particular characteristics that you will surely want to know.

When the Spanish regime created the National Institute of Industry on September 25,1941, there were clashes and much discussion about transportation.

By 1946 the CETA (Centro Técnico para el Estudio del Automóvil) was created, since Ricart Vilfredo, after having seen the facts, received a remuneration for developing a seven-ton diesel truck.

On June 26,1946, the company's share capital amounted to 240 million pesetas, the currency used at that time, and then came the sale of Hispano Suiza, which replaced what is now known as Parque Pegaso.

Both the facilities and the staff were absorbed by this new company, using this infrastructure to quickly position itself to the consumer's taste, and thus emerged the Pegasus truck, which had a certain similarity with the Hispanic Switzerland 66d.

Subsequently, in 1949 the Pegasus or Pegasus II diesel was manufactured, which had a Z-206 engine, six cylinders and a diameter of 100 mm. and which in turn incorporated an eight-speed gearbox with 120 horsepower at a speed of 1,800 revolutions per minute.

This truck received a curious nickname, skunk (referred to the fleshy cheekbone) for its particular appearance. The engine and direct injection were characteristic of the Pegasus model.

This truck was named this way because the factory made the assembly in Barajas, to develop this new version, which provided an excellent service.

Manufacturing began in 1955, with technical innovations that astonished all his followers.

Z-207 covers have the following features:

Although the units that were initially manufactured had 110 horsepower, little by little it gradually increased its power to 120 horsepower, which facilitated the maintenance of the 90 kilometers per hour, despite being a truck that weighed more than eleven tons.

The double front suspension presented by this truck made it stand out from other vehicles, in addition to the fact that for each wheel there were two trapezoidal wheels attached to a helical spring. In addition, there was a crossbow that held the two front wheels steady, providing comfort and stability, but with the serious lack of parts needed to incorporate a new crossbow.

Six thousand units of this historic truck were created until 1959, but due to its high price suffered a huge fall, so people were thinking about it and a lot, when buying a vehicle at half the price of the Barajas model.

The trucks have adapted to the changes as technology has advanced, which has allowed us to have a better vision of the usefulness of the trucks that have been designed and manufactured for environmental needs and is that trucks such as the Pegaso Barajas were manufactured to meet those needs, promoting a better quality of life that facilitated the transfer of food and products to the table of all families.