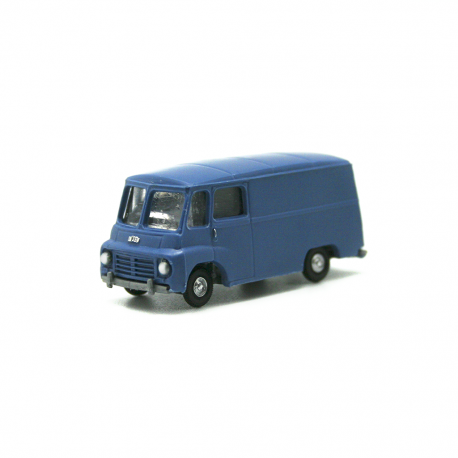 History and characteristics of the SAVA van

The Sociedad Anónima de Vehículos Automóviles SAVA, headquartered in Valladolid, introduced the first van model P-58 in 1959.
Two years later, SAVA vans whose designs came from the United Kingdom began to be seen on the streets of Spain. This was possible at that time, thanks to the fact that they were granted a license to manufacture them after negotiation with BMC.

The history of the SAVA van

Since then, the factory was expanded and became the first manufacturer of series production vans in Spain; by 1964, following a contract with Berliet and to manufacture its models, brought the FH800 model to the market, whose capacity reached eight tons.
By 1965 and already without the limitations of gasoline, it replaced the old light trucks and launched one of the most successful models of vans it has ever made, the J-4.
The alliance with BMC brought for sale the SAVA LD0-5 truck with a load capacity of 1.500 kilograms along with medium and light trucks, but even the market was eager for a suitable vehicle, easy to handle and somewhat lighter to use in the delivery of goods, That is why they later decided to manufacture the SAVA J-4 van, whose characteristic to highlight was the sliding door on the driver's side, very much in the style of French and English vans, supporting a maximum load of 850 kilograms.
Very soon the J-4 van was positioned in the market due to its versatility, easy handling, control, indicators and unmatched suspension.
The most curious thing about all this, that by the year 65,10 vans were manufactured daily and the first models that came on the market kept two characteristics of the UK model BMC J-4 M10 that gave rise to it, one was the bar located on top of the chrome-plated calender and the other was the sign on the front that said "Austin".

Over time the sign went on to say "SAVA - Austin" and finally only "SAVA".

The van gradually solidified its position in the market and the production of units from 1965 to 1967 grew from 337 to just under 2,000 just before the Empresa Nacional de Autocamiones "ENASA", the company that in 1966 had already acquired 52.7% of the shares, increased interest in SAVA and ended up buying 82% of them.
With the acquisition of the new shares by ENASA from 1968 onwards, the production of units was considerably boosted and with it sales, the number of J-4 vans surpassed 3,000 units by the year 70 and reached 5,625 three years later, in addition there were important changes when placing a private label engine in exchange for the original BMC brand.

By 1974 they created a more modern J-4 van that had practically nothing to do with the original model, due to all the changes brought about by the new design.
Among these changes we can say that this van was 2.5 times longer, the fuel tank had more capacity (45 lts.), a gearbox with matched speeds, the radiator grille now in black was integrated with the rectangular headlights under which the indicators were located, in the front part you could also see ENASA's shield and the signs that identified the J-4 model and SAVA.
The Valladolid factory SAVA manufactured new models from 1968, leaving behind most of the series of trucks inspired by French and English models, but where the Anglo-Saxon collaboration was maintained was in the manufacture of the models, Nuef, Field, the tractor line and the well-known J-4 5730.
From 1974 onwards, the production of this van model ceased and since then SAVA devoted its time to making lighter cars, while in parallel, the brand's diesel engines were widely used by the tourist bus and taxi drivers, while at the same time producing medium and heavy duty trucks under the Pegaso brand, which years later would be very popular in the market.
Today, SAVA belongs to the IVECO group that ended up buying ENASA a few years ago and they are the manufacturers of the Daily, a van that produces several models.

20 other products in the same category: