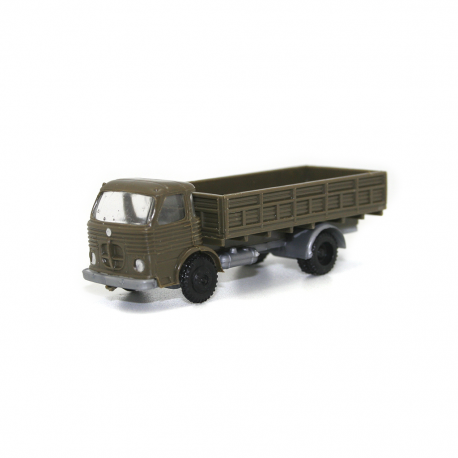 Military Pegaso, history of this car in Spain and characteristics

Military cars have always caused great curiosity especially for those who like to keep track of technological advances and innovations.
That's why you'll be interested in what you'll read in this article, as we'll be talking about important information about military cars so that your knowledge can be better extended thanks to military Pegasus.

Pegaso kept pace with the impressive economic development in Spain (the so-called Spanish miracle) in the 1960s and 1970s, as tens of thousands of Pegaso trucks and buses travelled the Spanish roads and cities and, more importantly, crossed the borders in sealed TIR containers.
In those years, Pegaso marketed a complete variety of commercial vehicles, being the best rigid vehicles:
The 8x4, 6x4 semi-trailer tractors

All of them had their own Pegaso engines of up to 352 hp. In 1961 the production of Pegaso Monotral buses and coaches began, based on the designs of the Italian Viberti, which led to a long line of new models without Pegaso chassis.
The first of the series was the successful 6030-N coach, equipped with a horizontally positioned engine and a single-tyre rear axle, making it a very light but full-bodied vehicle.

Pegaso was the Spanish brand of reference for trucks, buses, tractors and military vehicles and for some time, sports cars.
In 1946 the parent company called ENASA was created, based in the former Hispano-Suiza factory and under the direction of the renowned automotive engineer Wifredo Ricart. In 1990 Iveco took over ENASA and the Pegaso brand disappeared in 1993.
ENASA is now a state-owned company whose commercial interest is focused on the truck and bus market.
Thus, Pegaso became one of Europe's leading manufacturers of commercial vehicles, with significant export activity both in Europe and Latin America; the Benelux, Venezuela and Cuba were Pegaso's largest foreign markets, while in the late 1970s a substantial contract was signed to supply tactical trucks to the Egyptian army.
There was also an agreement with Leyland Trucks and the trucks were marketed as Pegaso-Leyland. ENASA's main plants were located in Barcelona, Madrid and Valladolid. Between 1946 and 1990, Pegaso built more than 350,000 units, with a maximum annual production of more than 26,000 in 1974.

Pegaso in the military field

These cars were omnipresent in the Spanish army and, in addition, 3046 was the one that had more demand since up to 10,000 units were manufactured for the Egyptian army, even this one was also very common in the Spanish forest fire brigades.

The four models of armored vehicles launched by Pegaso in the late 1970s included:

All of them are also used and in good quantity by the Spanish army. A market agreement with British Perkins Engines led to Pegaso Motor being the exclusive distributor for Perkins marine engines in Spain.
As already mentioned, ENASA was subsequently bought by Iveco, just after a joint takeover aborted at the last minute by Daimler-Benz and MAN in 1990.
At that time, Pegaso's offers included:

Shortly after Iveco took over, most of Pegaso's models disappeared from the market. On July 12, 1994, the last Pegaso Troner left the production line at the Barajas (Madrid) plant, the last Pegaso engine manufactured in 1995.