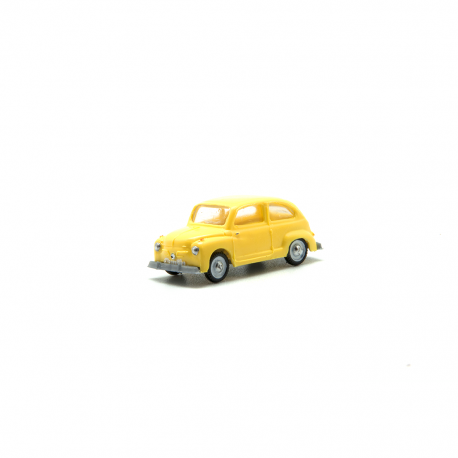 Seat 600 history of this car in Spain and features

Nowadays there is a wide range of cars in the whole automobile market, which have managed to make a place for themselves according to the needs of each person.

Today, cars are part of many people's lives, serving as a means of transportation to any place that can be reached by land. Other people start from a reason more inclined towards the collection of different versions of the same car or a set of cars that have a specific feature.

Many cars have managed to stand out in their own way, becoming a classic of automotive science in many countries, something that may be because of their appearance, comfort, efficiency or any particular point that has allowed their popularity at a particular point in history.

Among so many models we find the Seat 600, a classic that despite belonging to yesterday, has not stopped earning a place among the most memorable cars in Spain.

In this article we will show information about its history in this country, showing the most important points of it at the time of its arrival.

The Seat factory comprises a large number of models of cars, however, and from the line of so-called convertible cars, we can find the 850 spider, the first convertible model in the history of Seat. This model is characterized by being a sports car that also had a closed presentation, which was known as a Sport Coupé.

This was a vehicle that had a rear engine of about 52 HP, which would be manufactured under the Fiat license, this model was presented mainly between the years 1966 to 1974.

This model would have been largely influenced by the Fiat 850 model, then developed by Bertone. In fact, there were many similarities between these models, such as the headlights, one of the few features that allowed these two models to be distinguished.

Specifically, some 1800 units would have been built in the Franca-Barcelona factory, which would have been designed with a very particular engine, a tetra-cylindrical engine that had about 52 HP, accompanied by 903 CC, which was placed in the back of the car.

Much of the success of this car is due in large part to the lack of rival cars at the time, allowing it to enter the market in a very simple way, something that allowed it to become one of the most representative models of the time, especially for being the first convertible car that would arrive in Spain by then.

The braking systems in both seats of this fabulous car are completely different.

The 600 was equipped with drum brakes, with much lower braking power than can be achieved today, while today's minis have large diameter disc brakes, much wider rubbers that give more surface contact with the road for safer traction and ABS that prevents cars from getting out of control when braking.

The seat belt was developed in the 1960s, but at first it was a strap that users had to adjust to their body.

Today this important passive safety element adapts to the user's body and not the other way around. This provides more safety in the event of an accident, as the current seatbelt system fits the body perfectly and retains the occupant instantly.

The engine has a four-cylinder in-line rear and longitudinal position. With a displacement of six hundred and thirty-three cubic centimetres. It has four gearboxes, independent front suspension with low transverse leaf spring and rear suspension with oscillating axles.

It has a power of twenty-one point five horsepower of steam at a revolution per minute of four thousand six hundred at a maximum speed of ninety-five kilometers per hour. The power weight ratio is 20.2 kilograms horsepower of steam.

This car was a real revolution in the 60's and still today it is a car full of charm and that can boast to others in full asphalt. This jewel is a collectible that cannot be missed in the garages of the lovers of the world of the car and in addition it keeps a fascinating history.