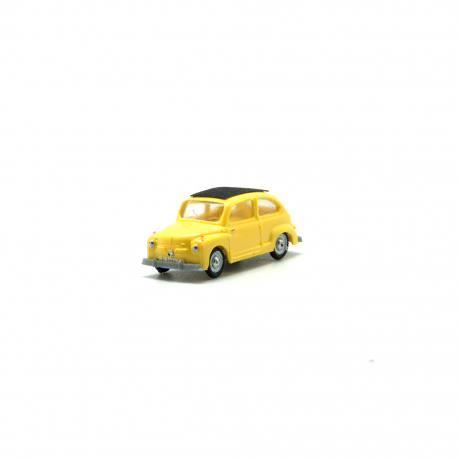 Seat 600 convertible history of this car in Spain and features

Convertible cars are favorites for all of us who love adventure and freedom. How about we talk about a classic from the 60s that caused a sensation in Spain? The Seat 600 convertible.

History of the Seat 600 convertible

Since its launch in 1957, it has become a social phenomenon and the Spaniards have finally been able to start circulating with them.

For many middle-class families, the dream of buying their own car for only 70,000 pesetas finally came true. The Seat 600 was so successful that in 1958 its production increased sixfold.

Over time, a group of Seat technicians offered to give a modern, manual touch to this car that had been rolling on the streets for the past 25 years. It was the restoration of a 600 convertible that was built in 1965 and had been in operation for 25 years, but which required detailed electrical and mechanical work.

According to Angel Lahoz, an engineer at the Seat Technical Center who was responsible for the project, said the final result is almost better than when it originally left the factory more than half a century ago.

This required about 1500 hours of work to completely disassemble the car and manually restore each part separately. One of the biggest challenges was locating the more than 1000 original parts that were replaced.

What stands out most is the manually operated sunroof, which was also completely restored by hand. The steering wheel and the horn button are the original elements of the first version.

For its repainting, 15 liters of blue-grey paint were used, a color that is very fashionable nowadays and that reminds us of the first 600 that came out, according to Jordi Font, who is director of Color & Trim at Seat.

In addition, fifty metres of exclusive fabric were created for this car, representing"an allegory of the famous black and white crow's feet pattern that echoes a past time", as Font explained.
This car would mark the beginning of the convertible trend in that direction.

The production of the first models would have been made with imported pieces, while the others, due to their popularity, would begin to be designed with pieces of national origin, thus allowing a much simpler and cheaper commercialization for the public of that time.

Features of the Seat 600 convertible

This vehicle has become an icon of 1960s cars in much of Europe. In the meantime, there are some features that can be distinguished from this type of model, these being the following:

The Seat convertible is a unique model with a long history. Its arrival on the market was not disputed by any other car model, which allowed it to be marked and immortalized during this time in the automotive world.