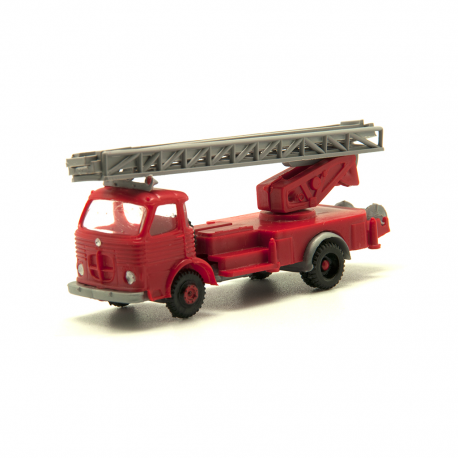 Pegaso Comet firefighters, history of this truck in Spain and characteristics

Cars have managed to penetrate one of the most fundamental needs of human beings today, transport or transfer.
Who wouldn't like to have a four-wheeled vehicle that allows them to get anywhere in the shortest time possible? Indeed, many people would like to have a car in their lives.
From this premise, cars have proved to be very useful for human life, however, being able to move has not been the only advantage that has resulted in the use of cars, but also have been presented increasingly functions linked and developed through the capabilities of these mechanisms.

The case of the Pegaso Comet model for firefighters is undoubtedly proof of this.

During the 1980s, many countries found themselves in need of strengthening various sectors, such as transport and construction, for which the prototype models of the Pegaso Comet would be the most ideal at that time.
And in fact, these vehicles would be the ones chosen for sale in Spain and other foreign countries. However, just before these vehicles were put on the market, there were a number of obstacles in the way of business, which would partially hamper the possibility of selling them.
This situation consequently generated an overload of these models, leaving the companies in charge in great uncertainty, since we would be talking about an investment that would never receive any profit. This was quite complicated, as it was not just any vehicle.
The Pegaso Comet would be one of the strongest trucks of its time, with its indestructible bodywork, rubber tyres for off-road vehicles, high weight-bearing capacity and a long list of other features.

In view of the unnecessary abundance of these models, the uncertainty increased and is that more than 8 thousand trucks would be stranded in a warehouse without even being used at any time. Each one prepared to be used, with all its components and elements necessary for its operation.
In view of this situation, the company managed to intercept with some municipalities, allowing them to offer trucks for the services that would be provided there. For that, a large part of the civil protection corps would take over these models. In this way, the firefighting company would have been one of the first to obtain the greatest benefit from these models.
In this way, the Pegaso Comet would become one of the most representative models of the Spanish fire brigade, through vehicles that, ironically, would have been pre-designed to be marketed to a large number of European countries.
Together with the agreement, the companies linked to the town halls should provide these trucks with equipment and components that would make the Pegaso Comet an ideal fire-fighting machine, thus becoming the classic model of the Spanish fire brigade.

Some features of Pegasus Comet

This is a private vehicle, not intended for its current particular function, for which it has the following characteristics:

It has about 6 cylinders.

It is very easy to deduce the figures, as this powerful truck has about 20-30 tons. The variation in weight will depend on the components it contains.
The Pegaso Comet is a successful model and although its purpose was not the same as when it was designed and marketed, it has become the solution for many of the civil protection companies that are eager for vehicles and equipment to deal with fires.
This would become part of the image of the Spanish fire brigade, immortalizing itself in the history of the fire brigade, apart from being one of the heaviest vehicles in Spain.